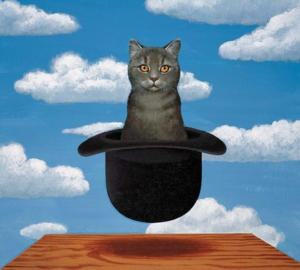 Anyway, what I’ve been finding kind of interesting is that, for all the talk about getting back to normal, no one really specifies what normal is. People talk about “normal” as though it were a timeless Platonic ideal or some fixed point in the heavens, like the North Star. But that’s not how it is. What we call “normal” actually has a lot of the random and the arbitrary in it. Is it “normal” that there are twelve eggs in a carton? Twenty-five point four ounces in a bottle of tequila? Is it normal that if someone crosses a line with a football in his hand, it’s worth six points, but if someone kicks it through a goalpost it only counts for three? Why? Who decided? Fact is, there’s nothing self-evidently “normal” about any of those things. We think of them as “normal” because they happen to be what we’re used to.

In turn, what we’re used to has a lot to do with where we live. If you live in Seattle, it’s “normal” to carry an umbrella. If you carry an umbrella in San Diego, you look like an idiot. In Manhattan, it’s “normal” to race around with high blood pressure and an elevated heart rate; in a small French village, these abnormal symptoms might get you a ride in an ambulance.

But what if you live in Key West?

Well, then you’d have your own version of “normal” and it wouldn’t look too damn much like anybody else’s. Wearing body paint in place of clothing would seem “normal,” as would walking around town with a cockatoo on your head. Likewise watching sunset in shorts and sandals almost every evening of the year. Likewise mingling with an endless array of seekers and eccentrics who gather in places at the end of the road to reinvent themselves.

Mostly, though, what I believe is truly special about Key West’s version of “normal” is the way things are just taken in stride there. The mainland and its controversies seem very far away. The clock and the calendar don’t seem to matter much. Anything seems possible; the line between the probable and the improbable all but disappears, so there are surprises but no rude shocks. The sorts of things that, in other places, make people angry or indignant are, in Key West, more likely to be met with a smile and a shrug.

It’s this smile-and-a-shrug version of “normal” that I’ve always cherished about Key West and always tried to celebrate in my work—though usually between the lines. With Key West Normal, however, this theme has moved front and center. I spent many happy hours noodling with the implications of this smile-and-a-shrug philosophy as applied to a droll but sweet story that could only have happened in the Southernmost City. In the process of writing it, I had some laughs and might have even stumbled across a shred or two of insight regarding what “normal” actually means.

So there’s one thing I can say for sure: The next person’s “normal” is every bit as normal to him or her as yours is to you. Nice to remember that when things start seeming weird…