Thanks to all of you who clicked through from the mailing.

For those who just happened to come across this post while perusing the website—thanks for that!—a recap is in order. 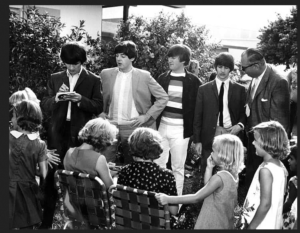 So here’s the quiz. Answers below.

2. Hurricane Dora. The band had been scheduled to play a concert at the Gator Bowl in Jacksonville, but the approaching storm forced the re-routing of their private flight. Key West was far enough  south to be out of the path.

3. The Key Wester motel, across from Smathers Beach. The place was demolished in 1999. The site is now occupied by the Hyatt Windward Pointe. (That’s not a paid plug, just a bit of information!)